Fashion
2 weeks ago
by Remi Akande
0 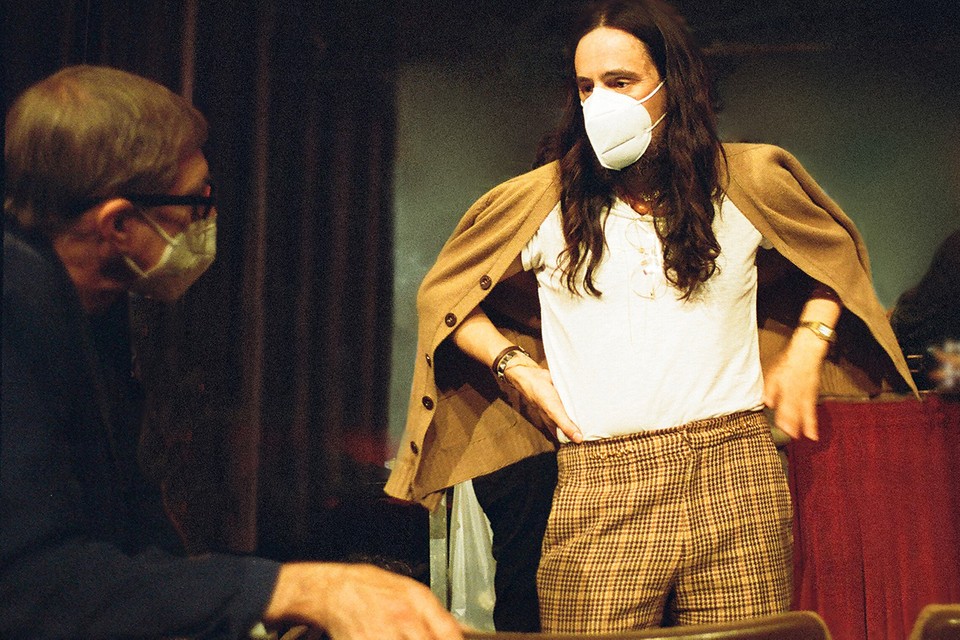 Ever since Boramy Viguier launched his eponymous menswear label in 2018, the Parisian designer has offered clothes with a beguiling and brilliant, mystical-spiritual, medieval bent. There has been a poetic fusion of monastic robing, techno performancewear, and nontraditional tailoring actually constructed in the most traditional of ways; Viguier certainly understands the inner mysteries of what makes a jacket function perfectly.

THE Covid-19 pandemic has made the fashion industry stop and re-think. Like a few other brands, Gucci decided to cut down the amount of shows and collections they are bringing out each year – dropping from five to two. With this change, Creative Director Alessandro Michele made the decision to step away from the Fashion Week calendar and present the Gucci collections when he wishes.

Rather than a runway show, Gucci will be adapting to the fashion industry’s current pandemic-stricken predicament by presenting its upcoming collection in a seven-part miniseries later this month. The films, like the collection, are titled OUVERTURE of Something that Never Ended, and will debut during GucciFest, the brand’s own digital fashion and film festival taking place November 16-22nd, co-directed by Gus Van Sant and Alessandro Michele.

Gucci’s upcoming collection, titled OUVERTURE of Something that Never Ended, will be presented by Creative Director Alessandro Michele through the eponymous mini-series in seven episodes screened during GucciFest, an innovative digital fashion and film festival running from November 16th to 22nd.

Together with the OUVERTURE of Something that Never Ended series, the GucciFest will also be screening fashion films celebrating the works of fifteen independent young designers, including French designer Boramy Viguier.

Proudly supported by the House and selected by Creative Director Alessandro Michele, Boramy Viguier will showcase a short Fashion Film to be premiered on the platforms of the GucciFest.

The seven episodes will be released daily through the course of the festival as an exclusive broadcast on YouTube Fashion, Weibo, Gucci YouTube and embedded on the dedicated site GucciFest.com, gradually revealing the new collection day by day.

GucciFest will begin on November 16, and will be screened via a specially-launched website as well as Gucci’s YouTube channel, Youtube Fashion and Weibo. The full program will be announced on November 13.

GucciFest will run from November 16-22, with one of the seven episodes airing daily on YouTube Fashion, Weibo, Gucci YouTube and the dedicated site GucciFest.com. 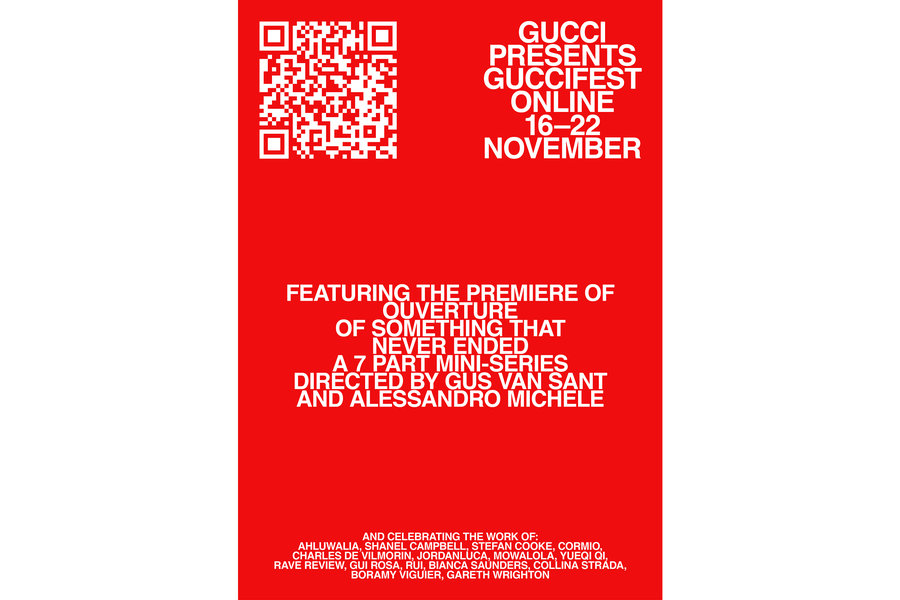